The Glendale Golf & Country Club was established by Seattle's Jewish community in 1924. It was built as a 9 hole / 18 tee golf course by one of the Pacific Northwest's most prolific golf course designers of the day, Arthur Vernon Macon. His designs include Broadmoor and Inglewood in Seattle, Fircrest in Tacoma, Royal Colwood in Victoria, and Alderwood in Portland. He was elected to the Pacific Northwest Golf Association Hall of Fame in 1989. He promoted the idea that players should think their way through a round of golf. His unique herringbone drainage systems eliminated the accumulation of water around, on, and under the putting surfaces.
The clubhouse, located just off Glendale Drive, was completed in 1926. Monthly dues were $16.50. A cup of coffee would set you back $.10 and a sandwich $.25. A list of 'Delinquent Members' appeared at the bottom of each invoice, and was posted in the clubhouse. 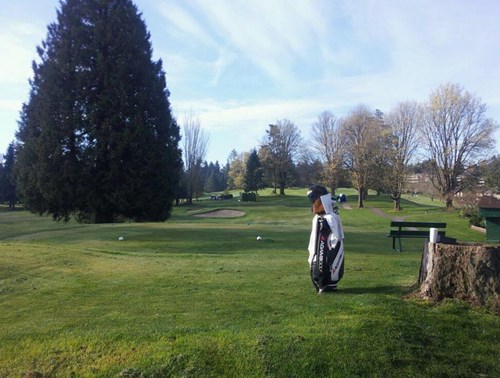 This course has not provided us with a golf tournament information link. You can call them at (206) 244-3786, (or send them an email). Please ask them to update their BestOutings information including their tournament link to help other event planners.


Host your outing at Glen Acres Golf & Country Club. Click the link below to go directly to their tournament and outing information page. Or call them at (206) 244-3786.