Twin Lakes got its start in 1965 as a planned community. The golf course was completed in 1969. In 1976, 200+ members purchased the country club from Weyerhaeuser, and Twin Lakes Golf and Country Club became a private club. Over the years, many changes have occurred at the club as we have tried to keep up with the changing times and economies. The original members of the club used Twin Lakes as their social hub. As Federal Way continued to grow and attract business, the country club continued to flourish as more and more families moved to the area. Twin Lakes offered the only golf course in Federal Way, and the swimming pool was an attraction too. 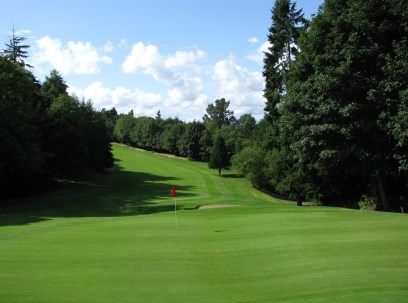 This course has not provided us with a golf tournament information link. You can call them at (253) 838-0345, (or send them an email). Please ask them to update their BestOutings information including their tournament link to help other event planners.


Host your outing at Twin Lakes Golf & Country Club. Click the link below to go directly to their tournament and outing information page. Or call them at (253) 838-0345.