Wayne Public Golf Course was designed by Al Smith and opened in 1931. Al smith also designed local courses Glendale Country Club, Maplewood and Northshore to name a few. In 1933 during the great depression the Anderson family bought the front nine of Wayne Public Golf Course from the Bly family. “Gordy” Richards (formally head golf professional at Broadmoor GC, Tacoma CC and the original head golf professional at Overlake GCC) took over operations and bought the front nine in 1950. In 1961 Dave Richards took over the lease and operated until 1996 and then passed the baton to “Gordy” Richards’ grandson Steve Richards who operates the course today. Steve has been a PGA member since 1995 and is a 1979 graduate of Bothell High School. The golf course has been a family enterprise for 63 years. 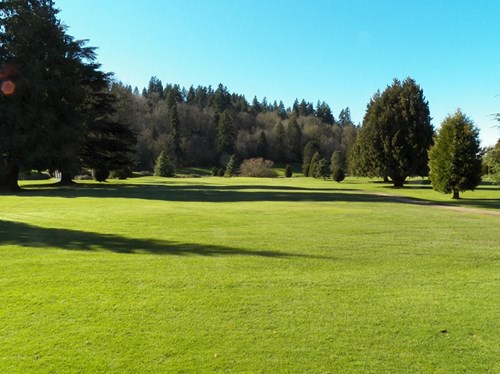 This course has not provided us with a golf tournament information link. You can call them at (425) 485-6237, (or send them an email). Please ask them to update their BestOutings information including their tournament link to help other event planners.


Host your outing at Wayne Golf Course. Click the link below to go directly to their tournament and outing information page. Or call them at (425) 485-6237.