This 180-acre golf course is the third home for Austin Country Club since its founding in 1899. Designed by Pete Dye, whom Golfweek Magazine named one of the top architects in the world, the course has been characterized as a "complex and guileful challenge".

With its deep pot bunkers, undulating turf, and dramatic 18th hole fairway fall, the course is reminiscent of those Scottish classics Royal Dornoch and Gullance Hill. A Texas accent is added by extensive use of massive limestone slabs, quarried on site, to build revetments for tees, greens and fairways.

Host your next golf outing at Austin Country Club.
www.austincountryclub.com 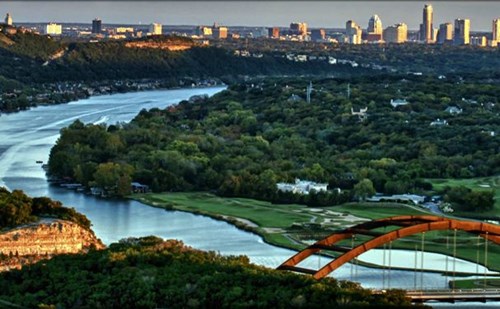 This course has not provided us with a golf tournament information link. You can call them at (512) 328-0090, (or send them an email). Please ask them to update their BestOutings information including their tournament link to help other event planners.


Host your outing at Austin Country Club. Click the link below to go directly to their tournament and outing information page. Or call them at (512) 328-0090.