Ted Rhodes Golf Course is situated on the banks of the Cumberland River in North Nashville. The course was originally called Cumberland Golf Course and was originally a nine-hole course. The first nine at Ted Rhodes was built in 1953. In May of 1992, the facility was re-designed and expanded from nine to eighteen holes. The links style eighteen-hole course incorporates lakes and bunkers to provide a pleasurable round for each golfer. The greens at Ted Rhodes are large and offer a big target for your approach shot. At Ted Rhodes, golf and exercise go hand in hand as it is an easy course to walk. 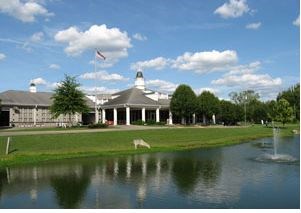 This course has not provided us with a golf tournament information link. You can call them at (615) 862-8463, (or send them an email). Please ask them to update their BestOutings information including their tournament link to help other event planners.


Host your outing at Ted Rhodes Golf Course. Click the link below to go directly to their tournament and outing information page. Or call them at (615) 862-8463.