Formerly known as Watertown Country Club, Prairie Winds Golf Club opened on Memorial Day 1926. On April 30, 1925, it was announced that George Hart had purchased the 140 acres of land where some of the original holes still are played today. In 1969 an additional 18 acres of land was purchased and holes #2 and #3 where developed and opened the following year.
Very few changes were made to the club until 1998 when the membership had the opportunity to acquire the land which is currently played as the back nine. Because of this land acquisition members and guests have the unique opportunity to experience two very different layouts on the same golf course. With multiple sets of tees ranging from 5300 yards to just under 7000 yards, players can make their day as challenging as they like, no matter what their skill level. 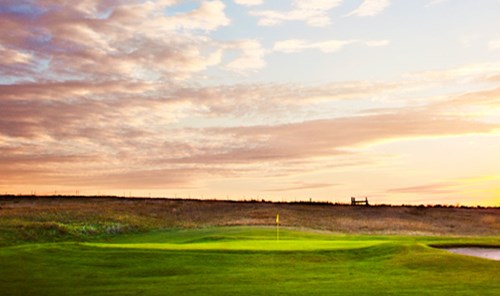 This course has not provided us with a golf tournament information link. You can call them at (605) 886-3554. Please ask them to update their BestOutings information including their tournament link to help other event planners.


Host your outing at Prairie Winds Golf Club. Click the link below to go directly to their tournament and outing information page. Or call them at (605) 886-3554.