Houndslake Country Club centers around a private 27-hole Championship golf course designed in 1974 by Joe Lee, who planned the likes of Doral, La Costa and Disney World. The three nines provide pleasure to the average golfer and a memorable challenge to the champion. Each nine measures a little over 3,300 yards and they each play to a par of 36. Houndslake Country Club was designed to offer versatility for both the weekend golfer and the professional. The Dogwood and Laurel nines have played host to the 1977 and 1981 South Carolina Golf Association Amateur Championship, the 1982 and 1984 South Carolina Golf Association Four Ball Championship, the 2001 and 2002 South Carolina PGA Pro Junior, several United States Amateur Qualifiers, The Women's Transnational Amateur, Joe Wyatt High School Junior Invitational, and is the home of the Women's Eastern Golf Association Senior Championship. 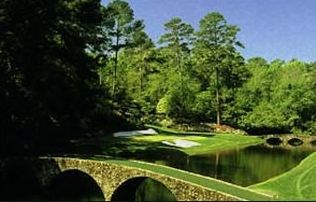 This course has not provided us with a golf tournament information link. You can call them at (803) 648-3333, (or send them an email). Please ask them to update their BestOutings information including their tournament link to help other event planners.


Host your outing at Houndslake Country Club. Click the link below to go directly to their tournament and outing information page. Or call them at (803) 648-3333.