Manada Golf Club is a picturesque golf course lying at the base of the Blue Mountains. It is only 1/2 mile from the Penn National Hollywood Casino and Race Track.

The course was designed by William F. Gordon and has been open since 1964. This 6402 yard course with it rye grass fairways and fast, undulating greens is a challenge to play. It features an electronically controlled irrigation system that keeps the greens and fairways in top condition during the summer months. Each year Manada Golf Club hosts the USGA Pub Links Qualifier in which Michelle Wie played in 2004. Its Better Ball and Individual Tournaments on Father’s Day weekend draws many local players as well as those from neighboring states and as far away as Florida.

Host your next golf outing at Manada Golf Club.
http://www.manadagolfclub.com/ 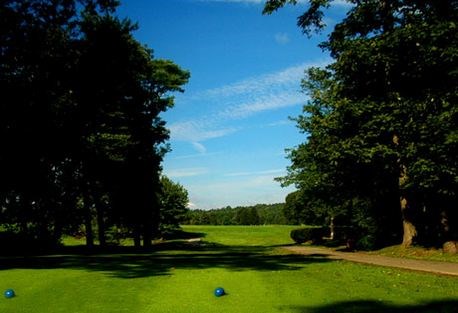 This course has not provided us with a golf tournament information link. You can call them at (717) 469-2400, (or send them an email). Please ask them to update their BestOutings information including their tournament link to help other event planners.


Host your outing at Manada Golf Club. Click the link below to go directly to their tournament and outing information page. Or call them at (717) 469-2400.