Founded in 1898, just 10 years after golf was introduced in the United States from Scotland, we are one on the oldest clubs in the America, and dean of all clubs in this region.

Although casual play began in the fall 1897, The Youngstown Country Club was formally established on August 20, 1898, only the fifth golf club organized in the state of Ohio. Originally named The Mahoning Golf Club, the organization began its life with a nine-hole course designed by Bertie Bonnell, brother of founder William Bonnell near Wick Park. In July 1909, a group of members found a tract for sale that they believed would provide a permanent home for the Club and 121 acres were purchased along Logan Road.

The Youngstown Country Club course, built in 1911 by Walter J. Travis, then upgraded in 1921 by Donald Ross, is demanding but fair. Contoured fairways with subtle undulations, heavy but well-cropped roughs of blue grass, strategically placed bunkers, a meandering creek and growing tree lines that also come into play make every round a challenge for golfers at every level. At times the Club has hosted the Ohio Open Championship, the Western Open, the Women’s Ohio Amateur Championship, an LPGA Open Qualifier, and a Men’s U.S. Open Qualifier.

Host your next golf outing at Youngstown Country Club.
www.youngstowncountryclub.com 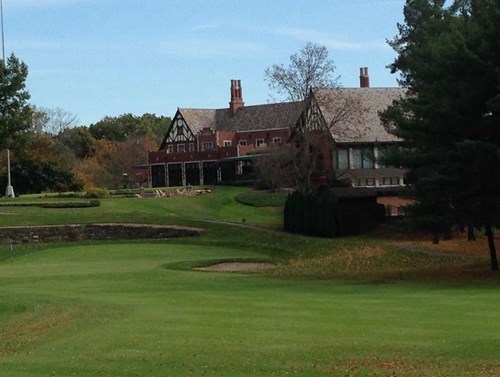 This course has not provided us with a golf tournament information link. You can call them at (330) 759-1040, (or send them an email). Please ask them to update their BestOutings information including their tournament link to help other event planners.


Host your outing at Youngstown Country Club. Click the link below to go directly to their tournament and outing information page. Or call them at (330) 759-1040.