Sylvania Country Club is an old tree lined course built on 160 acres of rolling terrain, which was established in 1916. Mr. S.P. Jermain, known as the "Father of Toledo Golf", had internationally famous designer and British amateur champion Willie Park Jr., design the original "Sylvania Golf Club". This par 75 layout along the 10 Mile Creek, which measured 6,350 yards, is said to be one of Mr. Park's favorites, A stamp of approval was given to Sylvania in 1926 when the Golf Course Superintendents Association of America chose this site to establish their organization.

Our unique and challenging course has brought many state and local tournaments to Sylvania. Past champions consist of such great names as Frank Stranahan, Byron Nelson, Arnold Palmer, and Sylvania's own Mel Woelfling. The club withstood economic and industry wide changes since the beginning of the twentieth century, preserving much of Mr. Willie Park Jr.'s original design. Today's course measures 6,837 yards with a par of 72.

Host your next golf outing at Sylvania Country Club.
www.sylvaniacc.org 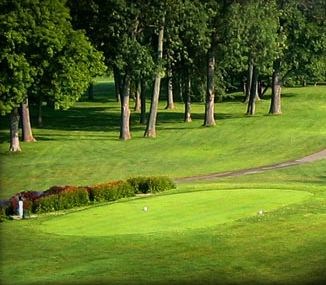 This course has not provided us with a golf tournament information link. You can call them at (419) 882-3197, (or send them an email). Please ask them to update their BestOutings information including their tournament link to help other event planners.


Host your outing at Sylvania Country Club. Click the link below to go directly to their tournament and outing information page. Or call them at (419) 882-3197.