Roger and Berneta’s younger son Arnold took over in 1980 and brought historic Bunker Hill into the modern age. He added a picnic pavilion to provide a dinner venue for leagues and outings. Weekday evening leagues were created and sought out by Arnold and they have become a robust staple of business for Bunker Hill. Arnold added full course cart paths and irrigation throughout the course including double row fairway sprinklers. Many holes were stretched out to add a 3rd and then a 4th set of tees to provide a playing challenge to all levels of golfers. Some of the older and smaller “push up” greens were replaced with new “modern” greens. Arnold even added some new holes (now #3 and #4) around the 7 acre lake he built to provide enough water for the irrigation system.
The golf course is in its best condition ever. Golfers are pleasantly surprised by this jewel that is gaining its deserved reputation as one of the best discovered secrets in Medina County. From it’s fast greens, running at an average 9 on the stimpmeter, to its aesthetics that rival any country club, there is no wonder that Bunker Hill has been voted Best Of The Best for 10 years running by reader’s of the Medina Gazette. 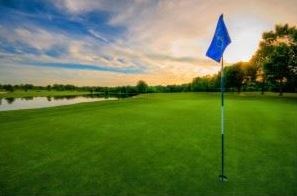 This course has not provided us with a golf tournament information link. You can call them at (330) 722-4174, (or send them an email). Please ask them to update their BestOutings information including their tournament link to help other event planners.


Host your outing at Bunker Hill Golf Course. Click the link below to go directly to their tournament and outing information page. Or call them at (330) 722-4174.