Vesper Hills Golf Club was designed by world renowned Canadian architect Geoffrey Cornish (1914-2012) in 1973. The front nine was constructed first and opened in 1980. The back nine was built over a decade later and was opened in 1996. Geoffrey Cornish designed over 250 golf courses worldwide, and by 1980, he had planned more golf courses in the New England area than any other architect in history. Mr. Cornish is known for large, yet receptive and fair greens, and he is also noted for having designed the Pines Course at International Golf Course in Bolton, Massachusetts, which is the longest course in the world from its back tees at 8,325 yards. 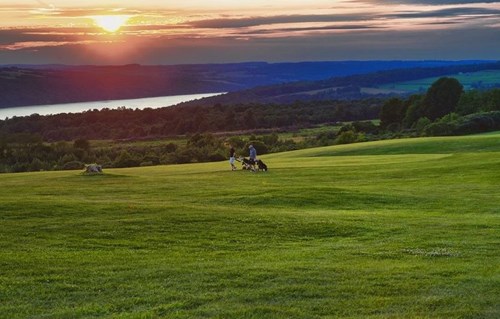 This course has not provided us with a golf tournament information link. You can call them at (315) 696-8328, (or send them an email). Please ask them to update their BestOutings information including their tournament link to help other event planners.


Host your outing at Vesper Hills Golf Club. Click the link below to go directly to their tournament and outing information page. Or call them at (315) 696-8328.