The big course was replaced in 1924 by an A. W. Tillinghast layout and was considered one of his finest.

In 1936 the club was reorganized by its members and became known as Fenway Golf Club.

Fenway is best-known for its greens, many of which are pear-shaped and sloping back to front, with deep bunkers protecting narrow entrances, all trademarks of the Tillinghast genius. The par-five third hole is the Club's centerpiece. The drive must avoid three fairway bunkers, and the second shot a nest of four bunkers. The elevated green is two-tiered, the higher right side set behind a pair of huge bunkers.

Host your next golf outing at Fenway Golf Club.
www.fenwaygolfclub.com 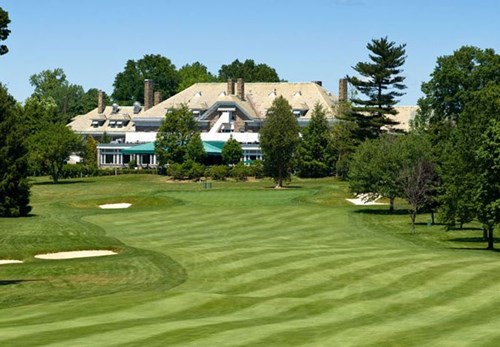 This course has not provided us with a golf tournament information link. You can call them at (914) 723-6000, (or send them an email). Please ask them to update their BestOutings information including their tournament link to help other event planners.


Host your outing at Fenway Golf Club. Click the link below to go directly to their tournament and outing information page. Or call them at (914) 723-6000.