Midvale Country Club is a private club located in Penfield, New York. The idea for the club came about in 1929, and after 3 years planning, design, and building, the course opened for play in 1931. This year Midvale is celebrating its 75th anniversary. The famed golf course architect Robert Trent Jones, Sr. was hired to design Midvale’s course. The course has the honor of being the first course ever designed and built start to finish by Mr. Jones, who went on to design some of the world’s finest courses. Today the course looks much like it did 75 years ago, but a few changes have been made. Many holes were renumbered, for example, today’s 6th hole was the original 1st hole and the original finishing hole is now the 2nd. Also, nearly 50 bunkers were removed in 1946.

Host your next golf outing at Midvale Country Club.
www.midvalecc.com 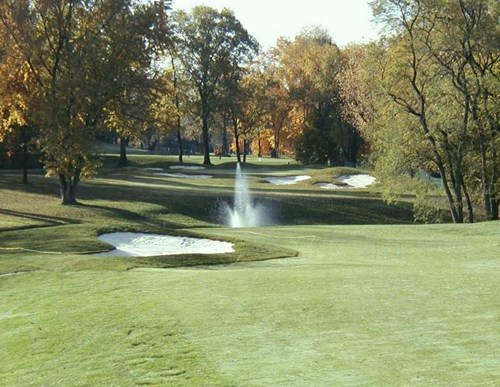 This course has not provided us with a golf tournament information link. You can call them at (585) 586-1030, (or send them an email). Please ask them to update their BestOutings information including their tournament link to help other event planners.


Host your outing at Midvale Country Club. Click the link below to go directly to their tournament and outing information page. Or call them at (585) 586-1030.