Oheka (OHEKA (Otto HErman KAhn)) Castle was the country home of financier and philanthropist Otto Kahn. Built by Kahn between 1914 and 1919 and located on the Gold Coast of Long Island's north shore, it was and remains the second largest private home in the United States, comprising 127 rooms and over 109,000 square feet (10,100 m2), as originally configured. On additional acreage, surrounding this magnificent estate, was Otto Kahnâ€™s own 18 hole golf course.

Purchased from the estate in 1946, along with the stables, but not the mansion, the golf course of Otto Kahn is today the property of Cold Spring Country Club. Otto Kahnâ€™s golf course, considered to be one of the great private estate courses built during the Roaring Twenties. 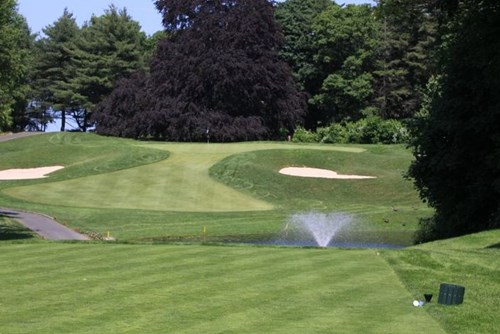 This course has not provided us with a golf tournament information link. You can call them at (631) 692-6550, (or send them an email). Please ask them to update their BestOutings information including their tournament link to help other event planners.


Host your outing at Cold Spring Country Club. Click the link below to go directly to their tournament and outing information page. Or call them at (631) 692-6550.