This park derived its name from a battle which took place on a nearby island on the Oswego River in the mid-1700s. In 1916 most of the land owned by F. A. Emerick was deeded to the state. Battle Island State Park officially became a state park in 1938 when the remaining land was turned over.The popular course near Fulton lies adjacent to the Oswego River and offers golfers magnificent views from a number of its fairways and greens. The 18-hole course is a challenging one for the "budding professional" and amateur player. 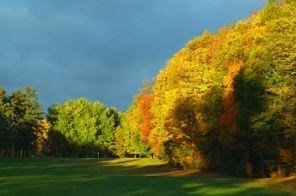 This course has not provided us with a golf tournament information link. You can call them at (315) 593-3408. Please ask them to update their BestOutings information including their tournament link to help other event planners.


Host your outing at Battle Island State Park Golf Course. Click the link below to go directly to their tournament and outing information page. Or call them at (315) 593-3408.