"The gently rolling lands; the soils and the drainage pattern which so readily adapted to the creation of small lakes and streams; the mature vegetation ranging from lowland maples and ash to beautiful specimens of beech, hickory, hemlock and oaks was all ideally suited for the design of an outstanding golf course.

The physical character of the course emerges in part from the diverse nature of the site. Nearly half of the holes play through dense woods. Here, wide fairways are park-like and similar in appearance to Augusta National. The remaining holes are like an open meadowland where amply wide fairways are carved out of tall meadow fescues. The vivid contrast between lush, green bentgrass fairways and the golden color of the fescue roughs impart a character to these holes strongly reminiscent of Shinnecock Hills and the famous links of Scotland. 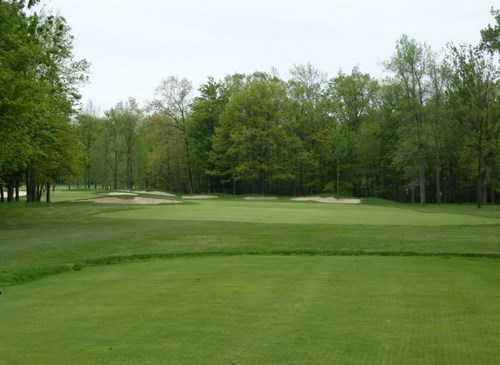 This course has not provided us with a golf tournament information link. You can call them at (716) 655-0000, (or send them an email). Please ask them to update their BestOutings information including their tournament link to help other event planners.


Host your outing at Crag Burn Golf Club. Click the link below to go directly to their tournament and outing information page. Or call them at (716) 655-0000.