Ardsley’s golf course has a long and distinguished history. Originally designed by Willie Dunn in 1896, at $1 million, it was the most expensive course ever built. In 1898, Ardsley hosted the third USGA Women’s Open Amateur Championship. Since then the course gradually moved up the hill away from the Hudson River. In 1917 Donald Ross made changes, followed by Alister Mackenzie in 1928 and Robert Trent Jones in 1965. The course was totally renovated in 2005 by Ken Dye. All are distinguished golf course architects. The latest renovation greatly enhanced the beauty – and the difficulty – of the course. Three ponds were added, while the existing ponds were moved next to greens, bringing them into play to a much greater degree. Hilly lies and yawning bunkers challenge the skills of golfers at all levels. Ardsley’s Golf Course Superintendent, Matt Du Tremble, receives constant accolades from members and guests for the superb quality of the course.

Host your next golf outing at Ardsley Country Club.
www.ardsleycc.org 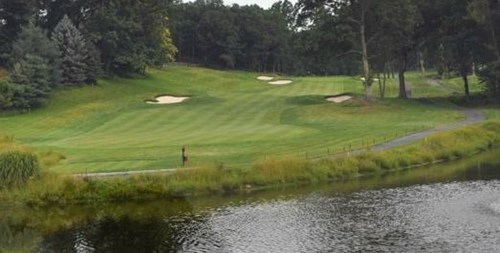 This course has not provided us with a golf tournament information link. You can call them at (914) 591-8403, (or send them an email). Please ask them to update their BestOutings information including their tournament link to help other event planners.


Host your outing at Ardsley Country Club. Click the link below to go directly to their tournament and outing information page. Or call them at (914) 591-8403.