The County Club of Buffalo built the clubhouse on this site in 1901. The 18-hole golf course, tennis courts, and a polo field were added in 1902. George Cary was the local architect and also built the Buffalo and Erie County Historical Society, a National Historic Landmark. In 1910, A.L. Pfitzner, a pilot from Curtiss, made the first airplane flight in Western New York from the Bailey Avenue site. The C.C.B. was host to the 1912 U.S. Open won by John J. McDermott with a score of 283. The city purchased the club in 1925 for $800,000.00.The site was renamed Grover Cleveland Park to honor the former Mayor of Buffalo, Governor of New York State and President of the United States Of America. The County of Erie now owns and operates the challenging 18-Hole golf course. 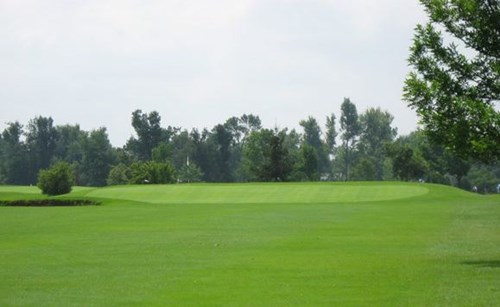 This course has not provided us with a golf tournament information link. You can call them at (716) 836-7398, (or send them an email). Please ask them to update their BestOutings information including their tournament link to help other event planners.


Host your outing at Grover Cleveland Golf Course. Click the link below to go directly to their tournament and outing information page. Or call them at (716) 836-7398.