- The golf course was once owned by Howard Hughes who purchased the property from the original developer, Hank Greenspun, in 1968.
- Construction of the original design began in 1958 and was one of the first golf courses built in Southern Nevada.
- The course was a former PGA Tour stop, regularly hosting the "Sahara Invitaional" back in the early 1970's.
- First established as Paradise Valley, the course has also been named Showboat Country Club, Los Verdes, Indian Wells, and Royal Kenfield over the years.
- Course was re-named and branded the "Wildhorse Golf Club" in 1994.
- Layout redesigned and updated in 2004 by golf course architects Lee Schmidt and Brian Curley.
- The facility is now municipally owned by the City of Henderson.

Host your next golf outing at WildHorse Golf Club.
www.golfwildhorse.com 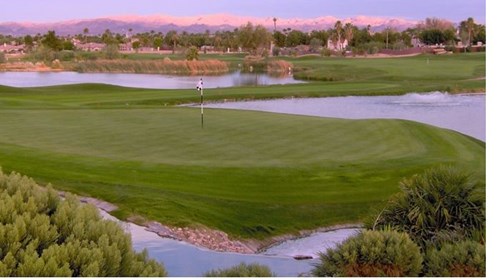 This course has not provided us with a golf tournament information link. You can call them at (702) 434-9000, (or send them an email). Please ask them to update their BestOutings information including their tournament link to help other event planners.


Host your outing at WildHorse Golf Club. Click the link below to go directly to their tournament and outing information page. Or call them at (702) 434-9000.