Green Meadow has set the standard for public golf in Southern New Hampshire/Northern Mass for almost fifty years. Founded by Phil and Jeanne Friel in 1959, built upon a cluster of ex-farms Green Meadow grew along with and even fostered much of the interest in of golf from the Sixties on. The two eighteen hole courses have evolved over the years and both offer a fair challenge while each has a distinct character. The "Prarie" is flatter and more wide-open. The "Jungle" is generally more rolling and tree-lined, though it could not be considered tight. Phil Friel believed that a good shot should be rewarded, and that a bad shot should not be severely punished (more than one stroke). Green Meadow still expresses this balance of challenge, variety, and reward which is the essence of golf. 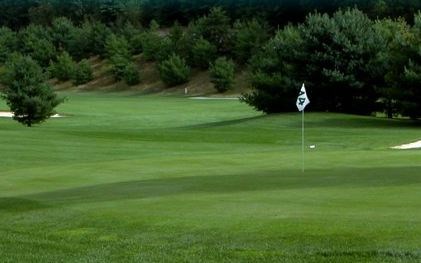 This course has not provided us with a golf tournament information link. You can call them at (603) 882-9565, (or send them an email). Please ask them to update their BestOutings information including their tournament link to help other event planners.


Host your outing at Green Meadow Golf Club. Click the link below to go directly to their tournament and outing information page. Or call them at (603) 882-9565.