Situated on gently rolling terrain on the north edge of town, Hartington Golf Club is an excellent course. It is a very traditional looking, well-kept, mature course.
The tract was originally part of the city park until it was converted into the Hartington Town and Country Club in the '50's.
Rows of enormous trees create barriers between the lush bluegrass fairways. The rough is seeded and very playable when it's cut down.
Bunkers protect five greens. Four trees sit in the middle of the landing zone on the 7th, creating a tough decision for you on your tee shot.
A new clubhouse was built in '93. It is the final touch on a stately course that you will want to play more than once.

Host your next golf outing at Hartington Golf Club.
http://www.hartingtongolf.com/ 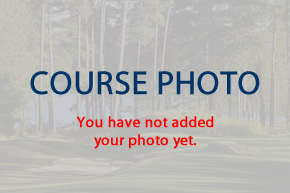 This course has not provided us with a golf tournament information link. You can call them at (402) 254-7312, (or send them an email). Please ask them to update their BestOutings information including their tournament link to help other event planners.


Host your outing at Hartington Golf Club. Click the link below to go directly to their tournament and outing information page. Or call them at (402) 254-7312.