In the early spring of 1961, the idea of an affordable golf course for the citizens of Avery County was born. Shortly thereafter on June 23, 1961 Avery Development Corporation was formed.

Several tracts of land including a 400 acre dairy farm were secured and golf course architect George W Cobb was hired to draw up plans for an 18 hole layout. Cobb was a notable and prolific golf course designer who created over 100 golf courses in the southeast including The Par 3 Course at the Augusta National Golf Club and Quail Hollow Golf Course in Charlotte, NC.

Cobb fell in love with the area and described it as one of the most beautiful natural locations for a course he had ever seen. The first 9 holes were completed and opened for play on July 4, 1964, and the second 9 holes on May 29, 1965.

George Cobb got it right the first time, the course has never had to be changed in over 50 years. He strove to create attractive layouts that the average golfer would find enjoyable, not punishing. 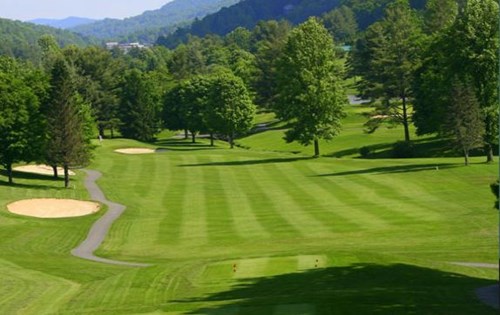 This course has not provided us with a golf tournament information link. You can call them at (828) 733-5804, (or send them an email). Please ask them to update their BestOutings information including their tournament link to help other event planners.


Host your outing at Mountain Glen Golf Club. Click the link below to go directly to their tournament and outing information page. Or call them at (828) 733-5804.