In the 1950's E. F. Johnson, Frank Peterson, Bill Stroud, Mac Edwards, Jamie Lang, Bill Loftin, and Corey Stokes became involved in acquiring and developing a golf course. They were so committed to the project that the charter members, after purchasing their stock certificate, began paying dues even though there were no facilities. Land for the original golf course was purchased in 1956 and additional land was purchased between 1958 and 1960.

Members and their families, without the help of a professional golf course architect, cleared and developed the course. The first six holes were ready for play in 1958. 1960 added an additional three holes. Eighty three more acres were purchased in 1964 and the course was expanded to eighteen holes in 1965 with the help of members and their families. In 1966 the clubhouse was built and ready for use. In 1990 the clubhouse was enlarged and a grill and locker rooms were added. The first swimming pool was built in 1963 and located between the first green and the road. The present was built in 1985. The cart sheds were built in 1962, 1980, and 1995. 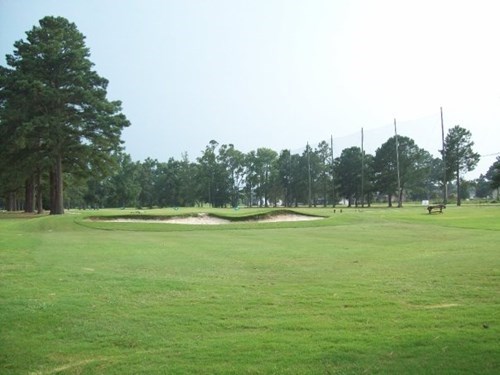 This course has not provided us with a golf tournament information link. You can call them at (252) 746-3389, (or send them an email). Please ask them to update their BestOutings information including their tournament link to help other event planners.


Host your outing at Ayden Golf & Country Club. Click the link below to go directly to their tournament and outing information page. Or call them at (252) 746-3389.