About The Old Works Golf Course:

Considered by many the best player of all time and one of the worlds leading course designers; his firm Nicklaus Design has over 310 courses opened to date, while Jack has over 255 courses to his credit worldwide. In addition Nicklaus has six designs included in Golf Digest's America's 100 Greatest Courses.

As one of the largest Superfund waste areas in America, the site was also one of the most challenging to design. Nicklaus, first signature design in Montana incorporated many historic relics of the copper smelter, from the flue and oven remains, to fairways that border and wind their way between black slag. The slag a by product of the copper smelting process is also featured in all of the bunkers on the course providing a stunning contrast to white bunker sand found on other courses.

The Old Works features generous fairway landing areas bordered by native grasses with large undulating greens. Warm Springs Creek, once utilized by the smelting operation and now hosting a healthy population of trout, is negotiated a number of times during the round and adds character to the layout. Nicklaus also incorporated multiple tees each hole allowing the course to measure from 5,290 to over 7,700 yards offering a challenge to players of all skill levels.

Host your next golf outing at The Old Works Golf Course.
https://www.playoldworks.com/ 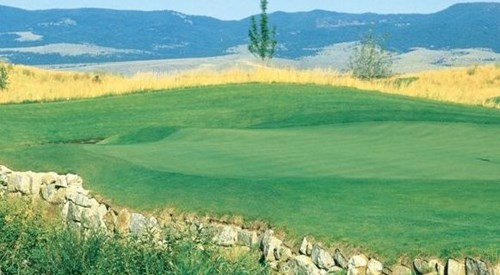 This course has not provided us with a golf tournament information link. You can call them at (406) 563-5827, (or send them an email). Please ask them to update their BestOutings information including their tournament link to help other event planners.


Host your outing at The Old Works Golf Course. Click the link below to go directly to their tournament and outing information page. Or call them at (406) 563-5827.