This par 72,6548 yard course was built in 1948 and has seen no major renovations other that reversing the nines back in 1964. In its 61 years of existence, Jackson has had a total of five Head Pros including Norman Bryant for 26 years and Ken Lindsay (Past President of the PGA and current Rules Official on the PGA tour) for 26 years. Hybrid Bermuda fairways are lined with mature cedars, pines and oaks to provide enough of a challenge for even the lowest handicapper. The Jackson course is one of the few remaining courses to have no living quarters lining the fairways and it is not unusual to see native wildlife in their natural habitat . Bradford Pears, Crepe Myrtles, Chinese Tallows and of course, the Magnolias provide a spectacular show when in season.

Jackson course has been home to the Norman Bryant Invitational for 54 years that attracts players nationwide and host for many Men and Women’s State Championships. 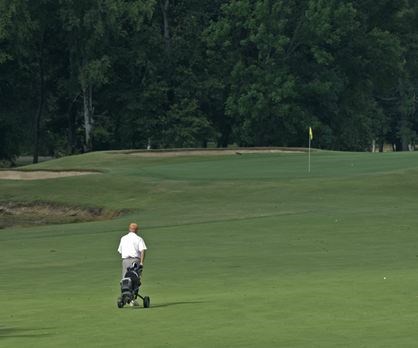 This course has not provided us with a golf tournament information link. You can call them at (601) 956-4655, (or send them an email). Please ask them to update their BestOutings information including their tournament link to help other event planners.


Host your outing at Colonial Country Club-Jackson Course. Click the link below to go directly to their tournament and outing information page. Or call them at (601) 956-4655.