About The Medalist Golf Club:

At the Medalist, you’ll find a championship links-style 4½ star course that has been exquisitely etched out of a landscape of almost 300 acres of rolling wooded land and wetlands. You’re in South Central Michigan, but the terrain will carry you away in your mind to the state’s northwoods.
The Medalist has hosted many prestigious statewide events including the 2001 Women’s State Championship, the 2010 Michigan State Junior Golf Championship, and the 2011 Michigan Junior State Amateur Championship. We have also hosted numerous USGA qualifiers including most recently United State Amateur Public Links qualifiers in 2009, 2010, and 2011.
A day on our fairways is like a trip into the wilderness to play the game you love. Wild turkeys, deer, fox, sandhill cranes and even a rare white robin make their home here. There’s even a bird sanctuary right down the street.

Outings at The Medalist Golf Club:

Host your next golf outing at The Medalist Golf Club.
www.themedalist.com 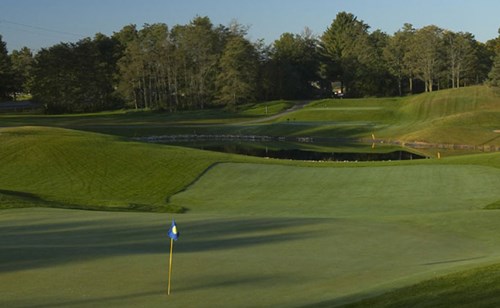 This course has not provided us with a golf tournament information link. You can call them at (269) 789-4653, (or send them an email). Please ask them to update their BestOutings information including their tournament link to help other event planners.


Host your outing at The Medalist Golf Club. Click the link below to go directly to their tournament and outing information page. Or call them at (269) 789-4653.