Lochmoor Club was founded in 1917, the year that the United States entered World War I. A group of Detroit golf enthusiasts bought 135 acres of flat farm land not far from Lake St. Clair. This land had once been part of the farms of Bellonie V. D’Handt, the Beaufaits and the VanAntwerps. The price was $150,000 and it was paid to the Grosse Pointe Improvement Co. It is socially interesting that Lochmoor Club was founded by the inner circle of some of Grosse Pointe’s most socially prominent families. Henry Ford’s son Edsel was a founding member as were both the Dodge brothers. World War One ace Eddie Rickenbacker joined early on as did two of the Fisher Brothers. Ford board members James Couzens and Frank Alger were members here as well as Oscar Weber of the J.L. Hudson empire.

Host your next golf outing at Lochmoor Club.
http://www.lochmoorclub.com/ 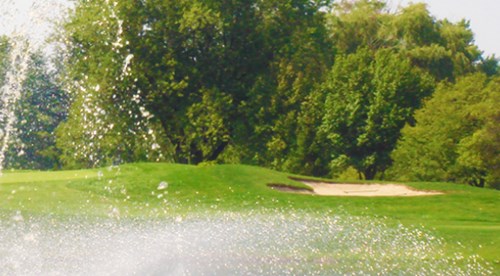 This course has not provided us with a golf tournament information link. You can call them at (313) 884-0563, (or send them an email). Please ask them to update their BestOutings information including their tournament link to help other event planners.


Host your outing at Lochmoor Club. Click the link below to go directly to their tournament and outing information page. Or call them at (313) 884-0563.