Opened in the spring of 1965, Broadmoor Country Club went through two owners before being purchased by the Leatherman family in 1986. Much of the original layout was updated in the late nineties including 8 holes on the front nine. Two greens were also reconstructed on the back nine during this time. These changes allowed a picturesque housing community to be built along the North end of the course.
The clubhouse received the attention in 2000 with a complete remodel and addition. The expanded clubhouse allowed additional seating capacity complete with large screen T.V.'s for the big games. The kitchen and outdoor grilling area were also enlarged to accommodate large outings.
The course stands today as a rewarding experience for golfers of all skill levels. We hope you will join us for your next round. 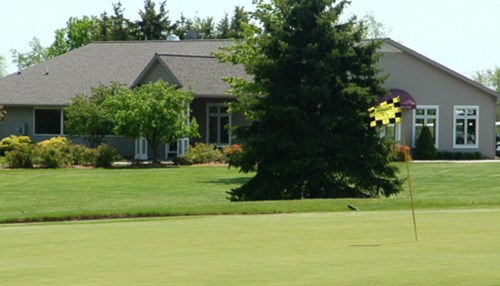 This course has not provided us with a golf tournament information link. You can call them at (616) 891-8000. Please ask them to update their BestOutings information including their tournament link to help other event planners.


Host your outing at Broadmoor Country Club. Click the link below to go directly to their tournament and outing information page. Or call them at (616) 891-8000.