About Country Club of Maryland:

The Country Club of Maryland was founded in 1923 as The Rodgers Forge County Club, Inc. and commissioned nationally acclaimed golf architect Herbert Strong to lay out the course over 164 acres of land known as Stevenson Farm. The course was built during the golden age of architecture and remains as one of the few courses in the Mid-Atlantic area from that era. The golf course was completed in 1925 and featured a layout of gentle rolling terrain highlighted by streams, small ponds and natural woodlands. The course measured 6,304 yards, the longest in the area at the time and played to a par 71.

Outings at Country Club of Maryland:

Host your next golf outing at Country Club of Maryland.
www.ccofmd.com 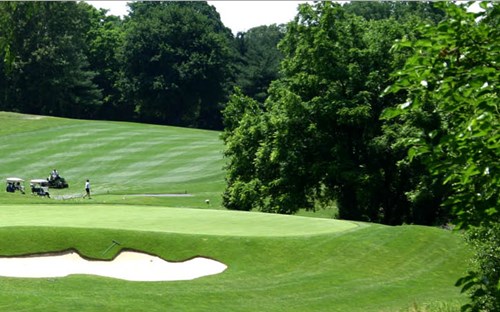 This course has not provided us with a golf tournament information link. You can call them at (410) 823-3869, (or send them an email). Please ask them to update their BestOutings information including their tournament link to help other event planners.


Host your outing at Country Club of Maryland. Click the link below to go directly to their tournament and outing information page. Or call them at (410) 823-3869.