The Green Spring Valley Hunt Club was organized in 1892 to promote the very popular sport of fox-hunting. The kennels of the Hounds, which were used in the chase, were kept on the original tract of land for many years but, as more space was needed, they were moved to the Worthington Valley. This branch of the Club became known as the “Upper Club.” Several dozen of the Hunting Members still participate in the thrice-weekly hunts during the late fall and winter. 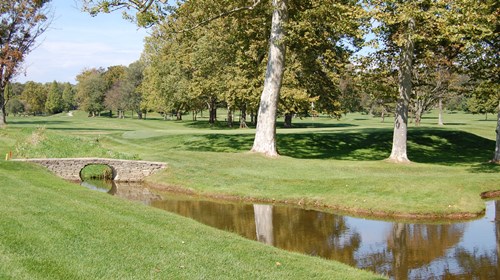 This course has not provided us with a golf tournament information link. You can call them at (410) 363-0462. Please ask them to update their BestOutings information including their tournament link to help other event planners.


Host your outing at Green Spring Valley Hunt Club. Click the link below to go directly to their tournament and outing information page. Or call them at (410) 363-0462.