The Naval Academy Golf Course is the home course of the Brigade of Midshipmen, Including the Naval Academy golf team, coached by Patrick Owen, and staff of the Naval Academy and numerous active and retired military personnel and local associate members from the community.
The golf course was born in 1938 when the U. S. Navy purchased extensive land on Greenbury Point for a needed expansion of its radio communications facility. At that time the tract of land included 18 holes developed in 1928 by the Greenbury Point Yacht and Country Club which had become defunct in the hard times of the Great Depression. 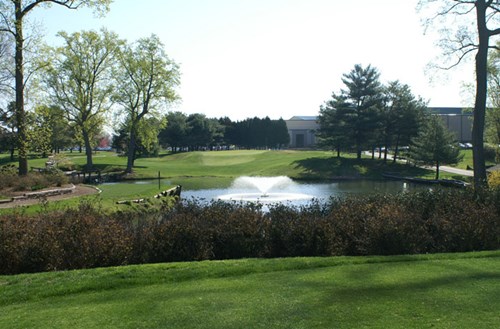 This course has not provided us with a golf tournament information link. You can call them at (410) 293-9747, (or send them an email). Please ask them to update their BestOutings information including their tournament link to help other event planners.


Host your outing at U.S. Naval Academy Golf Club. Click the link below to go directly to their tournament and outing information page. Or call them at (410) 293-9747.