Vesper-Country Club sits on Tyngs Island in the midst of the Merrimack River and was established in 1875 as Vesper Boat Club. In 1894 it merged with Lowell Country Club (founded in 1892) to create Vesper-Country Club.
Vesper has hosted numerous major golf events, including four Massachusetts Open championships, several Massachusetts Amateur Championships, and the New England PGA (held in 1977 and won by the Vesper host pro at the time, Tom McGuirk). The professional course record of 65 was set by Jeff Lewis during the 1990 Massachusetts Open.

Host your next golf outing at Vesper Country Club.
www.vespercc.com 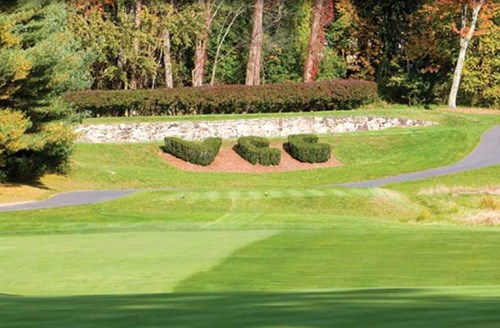 This course has not provided us with a golf tournament information link. You can call them at (978) 459-3070, (or send them an email). Please ask them to update their BestOutings information including their tournament link to help other event planners.


Host your outing at Vesper Country Club. Click the link below to go directly to their tournament and outing information page. Or call them at (978) 459-3070.