Charles River Country Club features a Donald Ross designed golf course that opened in 1921. The members play the course at a par of 72 and a playing distance of 6,657 yards. The course rating is 72.7 with a slope rating of 131. During competitive play, Charles River alters the course to create a par of 70. The 7th and 10th holes, which normally play to a par of 5, are played at a par of 4.
Outside the locker room door, you will see the famous 1913 U.S. Open photograph of Francis Ouimet and Eddie Lowrey (Caddie). Ouimet was a bond-holding member from 1922 through 1927. He was also the clubs first honorary member, remaining an active member until his death in 1967. 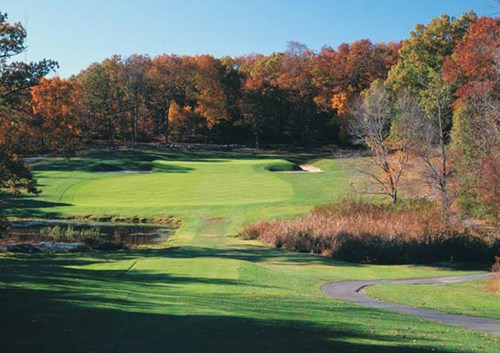 This course has not provided us with a golf tournament information link. You can call them at (617) 332-1320. Please ask them to update their BestOutings information including their tournament link to help other event planners.


Host your outing at Charles River Country Club. Click the link below to go directly to their tournament and outing information page. Or call them at (617) 332-1320.