Shadow Glen flows gracefully along rocky ridges and through tree-lined valleys...some or the finest golfing ground in the entire Midwest. There's not a single harsh feature at Shadow Glen. (It has) the most varied and interesting set of green side challenges this side of a classic Donald Ross layout" said Golf Digest when it named the club Best New Private Course in America in 1990. It was also included in the Golf Digest “America's Greatest 100" courses in 1995-96. Shadow Glen has been ranked in the Top 5 Kansas every year since its opening and in Golf Digest's March 2000 issue, Hole #13 was chosen as one of America's best 18 holes. 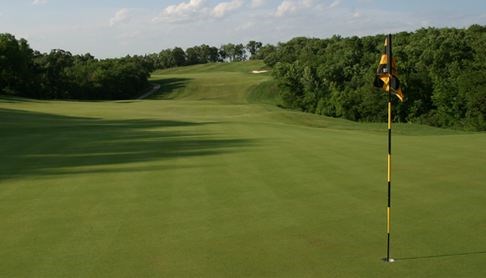 This course has not provided us with a golf tournament information link. You can call them at (913) 764-4536, (or send them an email). Please ask them to update their BestOutings information including their tournament link to help other event planners.


Host your outing at Shadow Glen Golf Club. Click the link below to go directly to their tournament and outing information page. Or call them at (913) 764-4536.