Bordered by Lake Shafer, Tippecanoe Country Club has served as one of White County's oldest and most treasured attractions. Formed in 1920, it preceded the development of both lakes and dams. In 1922 the first club house was constructed. TCC has since been updated and expanded several times. The most important change to the golf course was in 1961 when Indianapolis architect, Pete Dye, helped install greens and tees to bring the course up to 18 holes. The beautiful 18 hole, par 72 course is a challenge to all golfers. Its scenic 6,850 yards are meticulously groomed and is considered one of the finest in the state 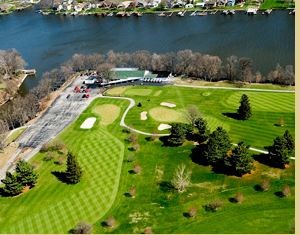 This course has not provided us with a golf tournament information link. You can call them at (574) 583-9977, (or send them an email). Please ask them to update their BestOutings information including their tournament link to help other event planners.


Host your outing at Tippecanoe Country Club. Click the link below to go directly to their tournament and outing information page. Or call them at (574) 583-9977.