Greensburg Golf Club was organized May 12, 1925 with 60 members. The club officially opened for play on August 12, 1926. It was composed of 6 holes with sand greens. After several years of sitting idle the club reopened in 1942 when the city of Greensburg acquired the deed to the property and eventually met with interested parties to lease the course to the members in 1953. The lease gave the country club license to make improvements. Plans were made to rebuild the course with 9 holes, grass greens, and irrigation. In 1964 the club purchased 64 acres to expand the course to 18 holes. 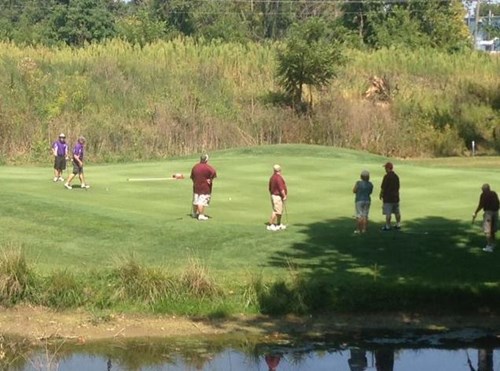 This course has not provided us with a golf tournament information link. You can call them at (812) 663-2229, (or send them an email). Please ask them to update their BestOutings information including their tournament link to help other event planners.


Host your outing at Greensburg Country Club. Click the link below to go directly to their tournament and outing information page. Or call them at (812) 663-2229.