The Jack Nicklaus-designed Sycamore Hills Golf Club opened in 1989 and is one of the Midwest’s preeminent golfing venues. It has been named one of America’s top 100 courses more than 10 times by Golf Digest magazine, which has also twice named it the top course in Indiana. For the 2011-2012 season our course is ranked at Number 69. We have also received recognition as a Top 100 Golf Shop and a Top 75 Practice facility. Sycamore Hills Golf Club has hosted two national championships; the 2009 USGA Woman's State Team Championship and the 2010 Junior PGA Championship. We are pleased to be hosting the Junior PGA Championship again in 2011. Sycamore Hills Golf Club has hosted many USGA qualifiers and will host the 2011 US Senior Open qualifier. 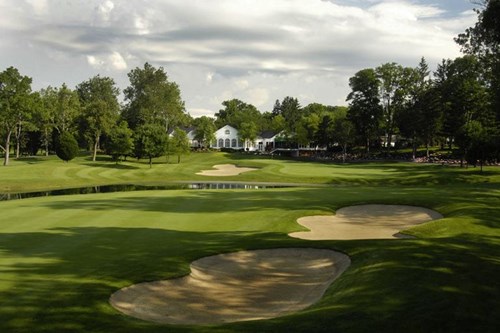 This course has not provided us with a golf tournament information link. You can call them at (260) 625-4397, (or send them an email). Please ask them to update their BestOutings information including their tournament link to help other event planners.


Host your outing at Sycamore Hills Golf Club. Click the link below to go directly to their tournament and outing information page. Or call them at (260) 625-4397.