Forest Hills Country Club has had two locations and three names since its original promoters purchased a tract of land 5 miles south of Rockford in 1920 and started Motor Heights Golf Club. During a snowstorm in the winter of 1920-1921 the Joel Johnson farm was purchased, and the 40 Club promoters incorporated Harlem Hills Country Club on March 5, 1921. The present Clubhouse was built in 1925 by the construction firm of Schmeling and Broitzman at the cost of $58,000. During the depression of 1933 the Club was lost to the bondholders. It was bought back at .50 cents on the dollar in 1934 and incorporated as Forest Hills Country Club. 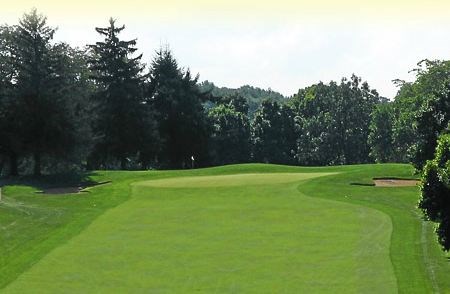 This course has not provided us with a golf tournament information link. You can call them at (815) 877-5733, (or send them an email). Please ask them to update their BestOutings information including their tournament link to help other event planners.


Host your outing at Forest Hills Country Club. Click the link below to go directly to their tournament and outing information page. Or call them at (815) 877-5733.