La Grange Country Club was established in 1899 on 80 acres of leased property just south of Forty-seventh Street and east of Fifth Avenue. Under the direction of Herbert J. Tweedie, the club laid down the original nine holes. Instead of holes having numbers they had names such as: hole 1 was named "Here we go", hole 6 was "Ragged Edge", and hole 9 was "Homeward". As the game of golf developed, La Grange Country Club's course also developed. The Club was relocated to its current location in 1912 and opened with nine holes. The second nine holes opened in September 1913 starting in a perimeter routing pattern. In 1920 the arrangement of the holes was changed to its current sequence. Today's course includes many changes to the back-and-forth pattern of the original holes, many new green surfaces and contours, a number of trees, bunkering additions, and considerable course improvements. 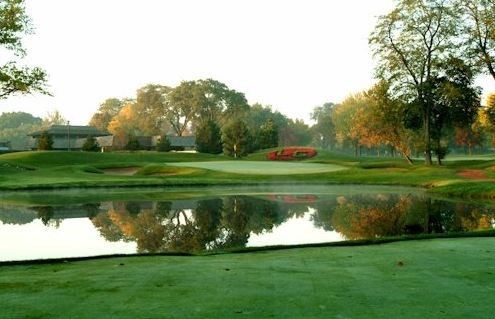 This course has not provided us with a golf tournament information link. You can call them at (708) 352-0066, (or send them an email). Please ask them to update their BestOutings information including their tournament link to help other event planners.


Host your outing at La Grange Country Club. Click the link below to go directly to their tournament and outing information page. Or call them at (708) 352-0066.