The Capital City Club, founded in 1883, represents an institution that has provided Atlanta a rich account of significant developments throughout its 125-year history.

The Capital City Club is one of the oldest and most prestigious social clubs in America. Its membership consists of a mixture of successful people from all walks of life and various ethnic and cultural backgrounds. The ideas stated in the Club’s charter are “to promote the pleasure, kind feeling and general culture of its members." This has no doubt been perpetuated throughout the years as its hospitality has been enjoyed by thousands of visitors from all over the world, including presidents of the United States and royalty from many other countries.

Renovations, expansions and improvements in member services and satisfaction are constant goals. The Capital City Club is proud of its three facilities: the City Club in downtown Atlanta, the Country Club in Brookhaven, and the Crabapple Golf Club in Cherokee and Fulton counties. The best aspects of the American Dream have been realized by all who have been part of the growth and success of the Capital City Club.

As long as new generations of members and staff remain true to the principles and purposes that have characterized the Club for 125 years, Capital City will continue to survive and prosper with confidence for many years to come. 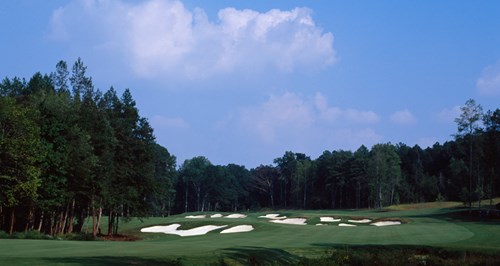 This course has not provided us with a golf tournament information link. You can call them at (770) 667-6311, (or send them an email). Please ask them to update their BestOutings information including their tournament link to help other event planners.


Host your outing at Capital City Club Crabapple. Click the link below to go directly to their tournament and outing information page. Or call them at (770) 667-6311.