The Emerald Dunes golf course, originally designed by Tom Fazio and first unveiled in 1990, was greeted with unanimous acclaim, quickly climbing onto the numerous lists of the best courses in the state and nation. But now, more than two decades later, Emerald Dunes has been reinvented and refined thanks to a multi-million-dollar investment personally supervised by Fazio.
divider
Every hole has been enhanced, and a vast amount of foliage has been planted along the perimeter of the property thus ensuring privacy and seclusion. With more than 100 bunkers and 60 acres of lakes, the 18-hole course consists of five sets of tees with a total yardage ranging from just under 5,200 to over 7,100 yards, with a par of 72.

Host your next golf outing at Emerald Dunes Club.
www.emeralddunesclub.com 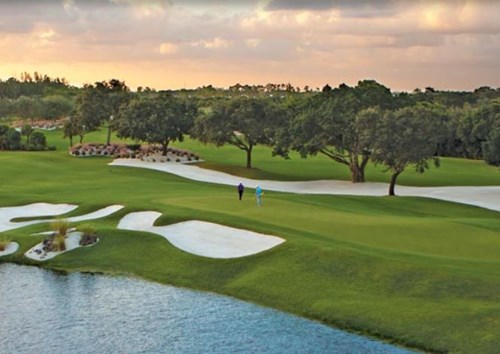 This course has not provided us with a golf tournament information link. You can call them at (561) 687-1700, (or send them an email). Please ask them to update their BestOutings information including their tournament link to help other event planners.


Host your outing at Emerald Dunes Club. Click the link below to go directly to their tournament and outing information page. Or call them at (561) 687-1700.