Southern Dunes Golf and Country Club is one of the best public golf courses in Orlando, Florida and has been Ranked #6 in Golf Digests "Best Courses in the State" of Florida. Our Orlando golf course is not only recognized as one of Orlando’s finest golf courses, but has been nationally ranked as well and has been awarded a place in Golf Week's “Top 100 Modern Courses” from 1997 – 2000, a 4 ½ Star ranking by Golf Digest and has been honored by Links Magazine as one of the “Top 10 Courses Built In America 1987-1997”.

In the 2008 Nov.-Dec. issue of Travel & Leisure Magazine Derek Duncan & Steve Smyers described Southern Dunes. Opened a decade and a half ago on the site of an orange grove that was killed by frost in the mid-1980's. The soil was pure sand, of a distinctive orange color. The land , says Smyers, "had some nice elevation change to it, and I thought we could do something pretty good there because it was 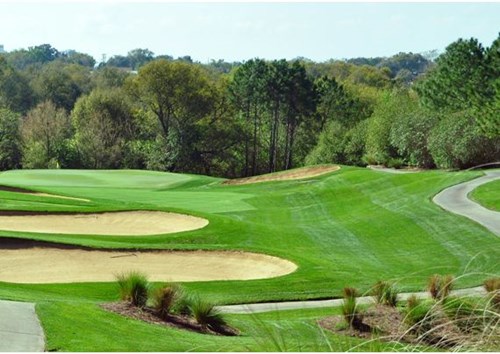 This course has not provided us with a golf tournament information link. You can call them at (863) 421-4653, (or send them an email). Please ask them to update their BestOutings information including their tournament link to help other event planners.


Host your outing at Southern Dunes Golf & Country Club. Click the link below to go directly to their tournament and outing information page. Or call them at (863) 421-4653.