Eastwood Golf Course owned and operated by the City of Fort Myers opened for business on September 9, 1977. Designed by Robert Von Hagge and Bruce Devlin, Eastwood sits on the old City Wellfield and comprises over 150 acres.
Eastwood plays to a par 72 layout, possesses 87 strategically placed bunkers and water comes into play on 10 of the 18 holes. Those who play Eastwood leave with the appreciation that it is a great course that is fun to play and very affordable. Golf Digest ranked Eastwood in its top 100 Public Golf Facilities in the United States. Eastwood held this ranking for 10 years until a star designation was implemented in 1996 due to the over-whelming growth of public courses.

Host your next golf outing at Eastwood Golf Course.
www.cityftmyers.com/eastwood 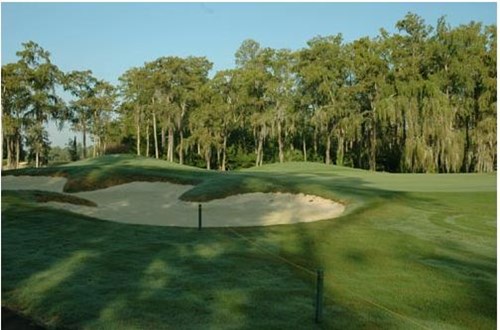 This course has not provided us with a golf tournament information link. You can call them at (239) 321-7487. Please ask them to update their BestOutings information including their tournament link to help other event planners.


Host your outing at Eastwood Golf Course. Click the link below to go directly to their tournament and outing information page. Or call them at (239) 321-7487.