Boca West Country Club, one of the nation’s largest private equity owned clubs, spans 1,400 acres of lush tropical landscaping with an array of magnificent residences including townhomes, patio homes, villas, garden apartments and single-family homes. The Club’s 54 private villages are bordered by four championship golf courses, 30 tennis courts, waterways and wooded areas.
The award-winning community, originally developed by Arvida Corporation in 1971, is home to more than 8,000 residents (3,380 families). Boca West Country Club facilities are now owned by the membership, directed by a Board of Governors of 15 members who are elected by the general membership and operated through its general manager. 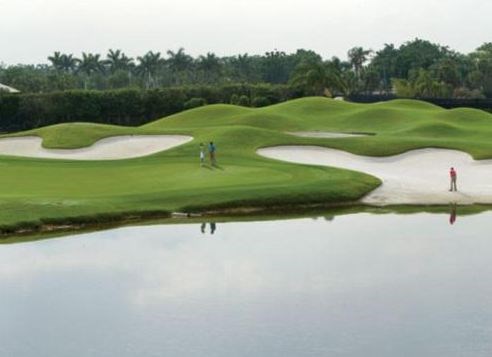 This course has not provided us with a golf tournament information link. You can call them at (561) 488-6924, (or send them an email). Please ask them to update their BestOutings information including their tournament link to help other event planners.


Host your outing at Boca West Club, Inc.. Click the link below to go directly to their tournament and outing information page. Or call them at (561) 488-6924.