Rolling Hills Country Club is located on property that was once part of the historic Ambler Farm. The facility features an 18-hole golf course with tee boxes that range from 5,454 yards to 6,737 yards with a slope from the back tees of 137 and a course rating of 72.9. The course was originally designed by Alfred Tull in 1960 and was renovated by Roger Rulewich in 2002.

The CSGA awarded Rolling Hill Country Club with the 2011 Distinguished Club Award in honor of its 50th anniversary and longtime support of the association as a member in good standing and host of competitions. 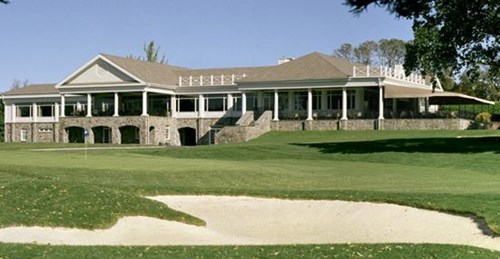 This course has not provided us with a golf tournament information link. You can call them at (203) 762-4636, (or send them an email). Please ask them to update their BestOutings information including their tournament link to help other event planners.


Host your outing at Rolling Hills Country Club. Click the link below to go directly to their tournament and outing information page. Or call them at (203) 762-4636.