Blackledge Country Club is a 36-hole public golf course nestled in the scenic Connecticut countryside. We feature two distinct 18-hole layouts:
Anderson’s Glen, known as “The Old Course”, was designed by architect Geoffrey Cornish and opened in 1963.
Gilead Highlands, known by many as “The New Course”, was designed by architect Mark Mungeam and opened in the Spring of 2000.Both courses are consistently rated among the top choices by golfers in the Greater Hartford-area. Over the years, Blackledge has played host club to many popular tournaments including:
The CSGA Mid-Amateur Qualifier
The CT Women’s Amateur Championship
CSGA One-Day Tournaments
The SNEWGA Tournament of Champions
The U.S. Kids State Championship 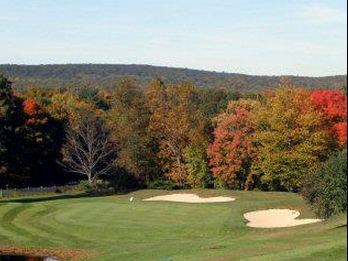 This course has not provided us with a golf tournament information link. You can call them at (860) 228-0250, (or send them an email). Please ask them to update their BestOutings information including their tournament link to help other event planners.


Host your outing at Blackledge Country Club. Click the link below to go directly to their tournament and outing information page. Or call them at (860) 228-0250.