The Stanwich Club golf course opened for play in 1964. The course was designed by William and David Gordon.

This is a long and demanding course with fast, undulating greens. In addition, the narrow fairways are well manicured. The terrain is rolling, plus lakes come into play on several occasions. Stanwich Club has frequently recieved the Golf Digest "Best in State" course selection.

The Stanwich Club, which had been formally organized earlier in the year, purchased the course and club land (186 acres) in 1962.

Outings at The Stanwich Club:

Host your next golf outing at The Stanwich Club.
www.stanwich.com 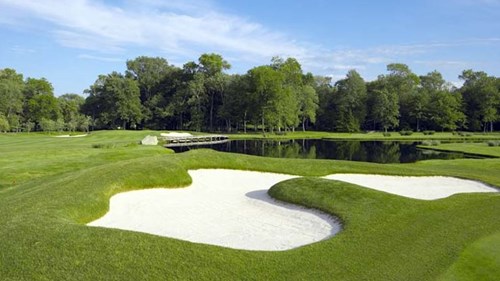 This course has not provided us with a golf tournament information link. You can call them at (203) 869-2072. Please ask them to update their BestOutings information including their tournament link to help other event planners.


Host your outing at The Stanwich Club. Click the link below to go directly to their tournament and outing information page. Or call them at (203) 869-2072.