The Denver Country Club has been a leading golf venue since its first course was built at its original Overland Park location in 1893/1894.

In 1985 the Club hired famed classical course architect Bill Coore to redo the Club bunkering in the style of William Flynn. Coore also redesigned two of the course's par 3s. In 2011 Gil Hanse was brought in to continue the restoration work on the Club's bunkering scheme with his initial concept. The bunker project was completed in the spring of 2012.

Host your next golf outing at Denver Country Club.
http://www.denvercc.net/ 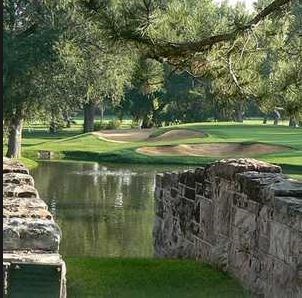 This course has not provided us with a golf tournament information link. You can call them at (303) 733-2441. Please ask them to update their BestOutings information including their tournament link to help other event planners.


Host your outing at Denver Country Club. Click the link below to go directly to their tournament and outing information page. Or call them at (303) 733-2441.