Originally built with just three sand greens in 1918, this course evolved into a highly used 18-hole military facility. A frequent favorite of former President Eisenhower in the 1950s, Fitzsimons became an Aurora public golf course in 1998. This tree-lined golf gem is now an attractive cornerstone to a bioscience park with some of the state’s leading hospitals. The redesigned holes on the front nine, done by Richard Phelps in 2004, are a great complement to the old-time layout and strong traditions at Fitz.

Host your next golf outing at Fitzsimons Golf Course.
www.golfaurora.com 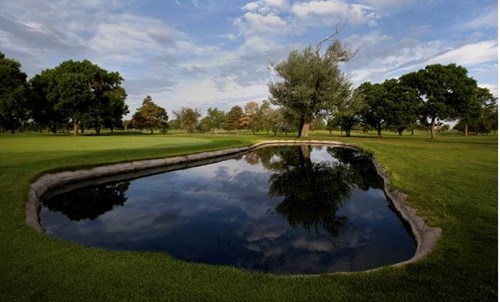 This course has not provided us with a golf tournament information link. You can call them at (303) 364-8125, (or send them an email). Please ask them to update their BestOutings information including their tournament link to help other event planners.


Host your outing at Fitzsimons Golf Course. Click the link below to go directly to their tournament and outing information page. Or call them at (303) 364-8125.